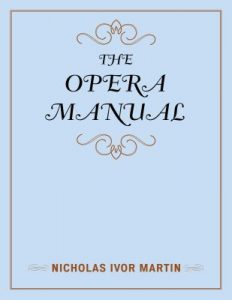 This second edition of Nicholas Ivor Martin’s operatic repertoire guide was published earlier this year as a part of the Scarecrow press’ “Music Finders” series. It assists opera production staff in selecting operas during season planning, as well as in preparing for an opera production. Martin includes operas that are most often performed and/or are most likely to remain in the repertory over the long term, with preference given to works for which scores are readily available. Organized alphabetically by original-language title, entries include information about sets, acts, length, arias, staging hazards, scenes, categorization of roles, chorus roles, dance, orchestration, publisher, and score copyright. The volume includes five indexes: Operas by Title, Operas by Composer, Librettists, Arias, and One-Act Operas.

Routledge Music Bibliographies presents its own contribution to the topic of women in music in their annotated bibliography Women in Music: A Research and Information Guide.

Authors Karin Pendle (Professor Emerita of Musicology, College-Conservatory of Music at University of Cincinnati) and Melinda Boyd (Assistant Professor of Music History, University of Northern Iowa) have created a collection of sources that covers this broad, yet extremely relevant, area of study within music and culture.

Over 3,000 entries can be found in the second edition of this bibliography, published in 2010.  Aimed at scholarly audiences, Women in Music maintains a relevant focus of scope, targeting sources (mainly books, scholarly articles, dissertations, and some electronic sources and documentaries) that refer specifically to gender and feminism in scholarly music literature published since 1980.

Major subtopics falling under the large umbrella that is “women in music” are included in this volume.  Such source topics range from general histories of women in music to more specific areas such as music education, ethnomusicology, and other issues of gender such as homosexuality and women’s financial support within the industry.  In addition to these topical headings, several chapters in Women in Music focus on bibliographical sources. Entries about female composers and musicians from both classical and popular music genres are covered.  While the sources cited in this volume are mainly in English and other Western European languages, their content reaches an international level (more so than its earlier edition).   Indexes by name, author/editor/translator, and subject are also provided.