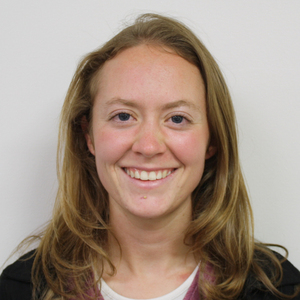 The diversity of online music periodical databases contributes to research ease and accessibility. A comparison and contrast of the relative strengths and weaknesses of RILM, RIPM, IIMP, the Music Index, and BMS Online illustrates the areas of research each is best suited for. Drawing upon the strengths of each database leads to quality contributions in the field of scholarship. Knowing the unique characters of each helps to make research more effective and efficient.

Each periodical has unique criteria for its coverage by year and the number of sources it contains. The indexing for RILM began in 1967 and continues into the present. It boasts 12,014 indexed journals (as of February 2013) and over 700,000 citations. New citations are added every month. This database has the widest coverage and range of journal sources out of all the periodicals. This is in part due to the fact that RILM indices are compiled by committees in 60 different counties that index music articles from a wide range and variety of periodicals. Thus it contains music topics from a variety of periodicals both within and outside of strict music journals.

Additional periodicals provide areas of coverage that are not indexed by RILM. For example, RIPM covers a span of about 150 years before RILM indexing begins. RIPM is primarily focused on the historic preservation of journals roughly from 1800 to 1950. RIPM contains 189 journals and 684,000 citations. The only other database that offers retrospective indexing into the 1800s is IIMP, which provides select coverage for specific journals. RILM offers retrospective coverage in two areas only: it indexes conference reports to the year 1835 and Festschriften to 1840. RILM has the most extensive coverage for academic sources, while RIPM is the best source for historic research before the 1960s.

The Music Index indicates cover-to-cover indexing of 480 journals, with select coverage for an additional 200. This database begins in 1970, although on its list of periodicals there are a handful of journals that have a few years of retrospective indexing extending into the 1960s. BMS online begins its coverage in the year 1950 and continues to the present. It pulls sources from over 600 journals and holds over 300,000 individual citations. One of BMS online’s unique strengths is its coverage of the gap between the end of RIPM indexing in 1950 and the start of RILM in 1967.

The bulk of IIMP’s coverage is very recent. Most articles referenced begin and 1996 and continue to the present. It covers about 425 journals; on the website listing there were 502 titles of individual periodicals. Finally, IIMP’s citations number over 770,000. 200,000 of these feature articles that were published before 1996, and a few may extend as far back as 1874. IIMP covers a wide variety of popular and classical sources, so it may best benefit a research attempting to over a popular genre such as folk music from the last ten years.

These databases’ contribution to retrospective indexing, access to full text, and quality of abstracts varies as well. As before stated, RILM indexes conference reports and festschriften retrospectively. The Music Index has a few journals with coverage before 1970, but such are very rare. IIMP provides selective access for specific journals for as far back as 1874. However, its main focus is on very recent periodicals. Currently BMS does not have retrospective sources, although its website announces that projects are underway to index articles from the early 20th century. RIPM is entirely retrospective with its analysis from 1800-1950. These periodicals, RILM, The Music Index and RIPM provide full text access to the BYU community through BYU’s subscription to EBSCO host and its holdings. IIMP provides full text access to 140 of its sources, while RIPM allows full text browsing on its online archives. BMS online offers some links to full text articles.

The quality of abstracts differs as well among the periodicals. RILM by far has the best quality of abstracts. Sometimes the abstract is as many as 250 words, and they are often written by the article author or by RILM staff writers. IIMP’s abstracts are generally made up of one to two sentences. The Music Index generally does not include abstracts, although it may rarely have a single sentence description. When BMS online does include an abstract they are generally brief and are predominantly in the German language. RIPM does have some abstracts, although they are not as detailed and thorough as those of RILM.

Of the five databases, RILM, BMS and RIPM prove to be the most scholarly in their selection of sources. BMS online is the German contribution to RILM and so the two are similar. RIPM is unique in that advertisements in the journal are indexed for historical research. In contrast, IIMP and he Music Index reference more popular magazines and include many types of reviews. RIPM includes every review for its historical merit. RILM and BMS online are selective, and include only the most scholarly reviews with academic research interest. The Music Index and IIMP are the best sources to find coverage of reviews.

Foreign language sources are most abundant in RILM, which covers 214 languages and 151 countries. BMS online has decent language representation, although it is focused primarily on Western European languages. For its focus on retrospective journals RIPM seeks wide coverage. Its website states that it has indexes in fourteen different languages. From a brief survey of the Music Index periodical titles, it seems that about 100-150 of its journal titles are in different languages, although the exact number is not known. The International Index of Music Periodicals (IIMP) has by far the least extensive foreign language holdings with its claim to journals from only twenty different countries.

It is helpful to know the most outstanding feature of each database. RILM has by far the most extensive international coverage. It contains the best quality abstracts and is unique in its inclusion of music articles from sources outside of core music journals. RILM is generally the best starting point for research.

The Music Index’s strength lies in its extensive coverage of reviews. IIMP also holds a substantial number of reviews, as well as access to full text. For sources between the years 1950 and 1967, BMS online is an essential database as it partially fills the gap between the coverage of RILM and RIPM. BMS online also provides reference to unique sources that may not accessible through other databases. RIPM is unique as the only fully retrospective journal with all its articles being taken from past journals. Thus, RIPM is the perfect source for historical research. In addition, it is the only database that includes the advertising as well as articles and is the only periodical that is indexed journal-by-journal rather than year-by-year.

It is clear from the different dates of coverage, article types, and strengths that each database makes a unique contribution to the body of available research.  Selecting the database that is best suited to your specific query will result in more effecient and effective research.

The last of the six volumes of Handbuch der Systematischen Musikwissenschaft is Helga de la Motte-Haber’s Lexikon der Systematischen Musikwissenschaft (2010). Previous volumes in the Handbuch cover the subtopics of systematic musicology, including music aesthetics, theory, psychology, sociomusicology, and acoustics. While previous volumes are collections of authored essays, this Lexikon consists of concise articles on narrower topics and terms. This newest volume is described as “the first comprehensive reference work on systematic musicology,” bringing together into one dictionary descriptions of terms relating to the various subdisciplines of systematic musicology and providing a useful reference for the new student of systematic musicology. Each entry includes a detailed description of the term followed by brief bibliographic references. Related terms are cross referenced within the text of each entry. Often, entries are organized by their relevance to the topics explored in previous volumes of the series. For example, the entry “Erfahrung/Erleben” is organized by three subheadings: psychological, sociological, and aesthetic (topics explored in volumes 3, 4, and 1 of the series, respectively). So, while the volume’s main function is as dictionary of systematic musicology in general, it can also function as a detailed glossary to previous volumes of the Handbuch.