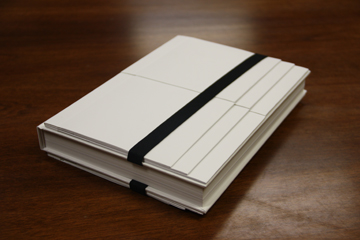 “Estonian Sound Recordings 1939” was created as a representative anthology of recordings documenting important Estonian musicians in the 1930’s, specifically those created by the Estonian State Broadcasting Company in Tallinn during 1939 (drawn from archives in Århus and Hayes).  Beyond its presentation as a discography, this source also includes twelve CDs of music as well as essays on relevant topics such as the history of Estonian music during this period and the processes involved in restoring the recordings. Additionally, the text itself is entirely bilingual with all entries and essays printed in both Estonian and English.  Perhaps the most intriguing aspect of this reference source is the unique, physical design of the binding. It effectively and efficiently protects the 12 CDs that accompany it, so they cannot easily escape their sleeves and become damaged or lost.